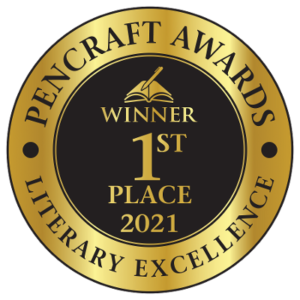 Ellen Mackay never imagined herself a widow at forty-nine.

After nearly thirty years of being a socialite wife and mother, Ellen is left alone to rattle around a mansion of a house with only the dog for company. It’s time to make a change, but to what?

While she ponders what to do, she starts hearing her dog talk. Is Has she finally lost it? No, according to her mother. It’s an inherited gift that usually manifests at menopause, but, well, Ellen isn’t there, yet. And it’s not just the dog, but most animals. Then there’s the ability to actually see paranormal species, like gnomes, fairies, and yes, vampires. Lucky her.

She finally moves to what she thinks is the perfect house in the mountains. But it’s not all peace and quiet when people start getting killed on the hiking path just beyond her property a few months after she relocates.

Most of the local sheriff’s department don’t believe in the paranormal but one handsome sergeant does. Can they figure out who – or what – the perpetrator is and stop the carnage?

Paperback: Available most everywhere. If your independent bookseller doesn’t have it, ask them to order it! Autographed copies can be obtained from me for $12.99 each plus $3.50 shipping. click below: