Once More Into the Breach 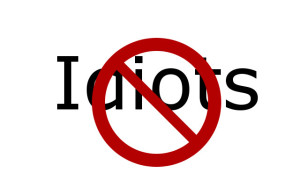 In a medicinal/health context, I’ve harped on personal responsibility & doing research in the past (here and here as examples).

Over the last couple of weeks, I’ve been posting – cough – interesting things I’ve found while reading The Greek Magical Papyri in Translation Including the Demotic Spells. They are spells & recipes from about 200 BCE to about 400 CE. Bear in mind that I have my Facebook page linked to my Twitter account so I try to keep posts within 140 characters where possible. Friday afternoon, I posted the following:

Try this? “To keep fleas out of the house: Wet rosebay with salt water, grind it and spread it”. Rosebay is Oleander or Rhododendron.

Please note the quotation marks. Not my recipe. I will admit I could’ve worded my comment a little differently or maybe put a smiley face in there but nonetheless…

Within a few minutes a woman I’d never had any interaction with carved me a new one on Facebook. Those plants are poisonous. [No shit. Even the ancient Greeks knew that.] I should have put a warning in my post. I should have put a disclaimer in my post. How would I feel if someone used that recipe & one of their pets or kids died?

How would I feel? The same as I would if anyone got hurt or died. Terrible – that a person used an herb for anything without doing further research. Guilty? Not on your life.

I tried to be polite. I thanked her and explained that it’s not my fault Facebook doesn’t show all posts from all pages, much less in chronological order but if someone cared to just click over to my page proper rather than their news/pages feed, they’d see what I’d been posting over the last week. That wasn’t good enough for her because she only saw the one post and didn’t bother looking further. According to her, it’s my responsibility to put complete information in all my posts so some fucking idiot doesn’t hurt themselves or others by taking a short post at face value. She was so vehement and I could tell no matter what I or anyone else said (thanks, guys, for backing me up) that it was just going to escalate. I decided I’d had enough drama for one day & took the whole damned post down. Others said I shouldn’t have done so but I have enough shit going on in my life without getting into a squabble online.

When he got home from work, I told my husband what had happened. His comment? “It’s the same spoon-fed mentality I see every day. No one wants to take responsibility for themselves or their decisions. Instead, if something bad goes down, it’s someone else’s fault.”

I chewed on it while working in the garden this weekend, lovingly tending my poisonous & not-so-poisonous plants (depends on the person & dose whether they’re poisonous or not). I generally try to be nice but in this case, snark is coming to the forefront. To the lady in question: just because they saw it on Facebook or Twitter, any man (or his partner) who did the following without researching further gets no sympathy from me: “To get an erection when you want. Grind up a pepper with some honey & coat your “thing“. That was another of my posts quoting from the same book.

So, in black and white for all the world to see:

I don’t give a damn where you read it or who said it – even if it’s me – do your own fucking research before using anything herbal for any purpose. I only babysit children, not adults. Don’t like my attitude? Unlike me, unfollow me, or better yet, kiss my ass.