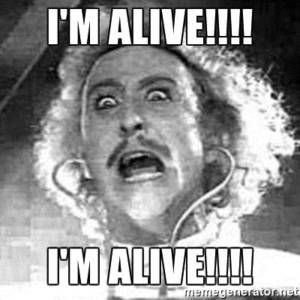 It’s been a (long) while since I’ve posted anything here. Quite frankly, I haven’t had a lot to say but thought I should at least let you know I’m still alive.

Apart from the clickety-punch (which is never-ending), I’ve kept myself busy:

So, as you can see, I’m still here, continually caffeinating to keep up with it all – and our crazy cats. You can generally find me posting interesting snippets of my research on Twitter or Facebook.