I know I don’t write about magic much. But I wanted to share a success story with you: 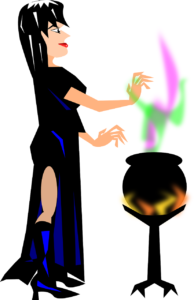 As background, I drive a Kia Sportage. There’s been quite a bit in the news about engine issues with some Kias and Hyundais catching fire and those vehicles are under recall. What hasn’t quite hit the news is another problem with those same engines: something about metal shavings from some rod in the engine that can cause the engine to seize up.

I got a letter in December asking me to bring my car in for reprogramming to listen for some noise. If the computer heard the noise, it would go into “limp home” mode – not going above 2,000 rpm. Husband, who retired from the dealership where I purchased my car, said it wasn’t an emergency and we’d do it the next time she needed her oil changed. That happened the end of February.

Less than 500 miles later, I was on my way home from my weekly trip to Atlanta when she dropped out of cruise control and threw a check-engine light. I sighed, called a tow truck, and had her towed to the dealership. Yes, it was the dreaded problem and I was put into a rental car. (While not required under the warranty agreement, it was a morally-good thing for Kia to pay for the rental. I wonder how many hundreds of thousands of dollars they’re shelling out.)

Now comes the fun part: there are somewhere around 30,000 vehicles that needed a new engine. Kia/Hyundai don’t have enough engines and there’s some strike in South Korea preventing building new engines. I was told it was going to be June 3rd before an engine would be available. Then, two weeks later, they said June 25th.

I am a creature of habit and while I can drive nearly anything, I prefer my car. I didn’t want to wait until the end of June (or, more likely, much later) to get my baby back. After a month of driving first a Ford Fusion (which isn’t made for short people – I had to use a cushion to see out the windshield), then a Kia Soul base model (which is OK, but a smaller vehicle, less power, and not as many features), I decided it was time to take action.

I usually stress being very specific in spell wording but this time, I just wanted my car back and completely functional – and that’s what I asked for.

On Monday, the dealership called. Kia had come up with two tests to put all these cars through. If the car passed both tests, the only thing needing to be replaced was a wiring harness, rather than the entire engine. My car was one of the about 60% that passed both tests – I’d have her back by the end of the week.

I got home from my Atlanta trip on Tuesday to be told she was ready. So, yesterday I returned the Soul and happily drove B2 home.