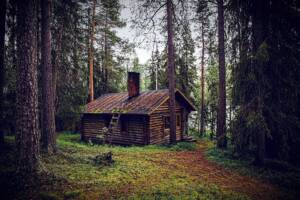 My name is Ellen Mackay and I’m hijacking DJ’s blog for the next few weeks. She wrote a story about me but didn’t truly give you any background. I want to rectify that. However, a warning. I’m going to talk about the wonders of the mountains of north Georgia. Specifically, Fannin County and the city of Blue Ridge. If you’re a big city person through-and-through, you might want to skip my ramblings.

You’ll see in her book that I lived in a huge house in a fancy Atlanta subdivision with my kids (until they left home) and husband (until his death). I mean, really. Who needs five bedrooms, six bathrooms, a formal living room, and a dining table that seats twelve without the leaves? I wanted something much smaller. And quieter. And more private.

I was raised in a small town that rolled up the sidewalks at six in the evening. My grandparents and great-uncles lived on farms within a fifteen minute drive. Although I’d lived in the big city for thirty years, I never adjusted to the constant noise of city life. Or the light pollution.

When my daughter was fifteen, we rented a mountain cabin for a week’s vacation. It was only an hour and a half from home, which meant Thomas (my husband) would be in fairly close proximity to the office. The man worked constantly, even on vacation.

After we’d settled in at our rental place – a two bedroom cabin surrounded by trees and overlooking a creek, Thomas set up a remote office in a corner of the living room and went to work. My daughter, Samantha, and I put our shoes on, put a leash on Thumper (our dog), and went for a walk.

Here, there were no cars or golf carts whizzing by us in the street. There was no 24/7 background roar of large and small vehicles on the interstate three miles away. Instead, all I heard was the burble of the creek, leaves rustling in the breeze, and birds twittering in the trees. And my daughter’s chatter, of course. I felt myself relaxing for the first time in ages. The air was cleaner, too, and I breathed deeply.

Our evenings were spent on the deck, listening to the night birds. For three nights of our week’s vacation, there were no clouds, and without city lights, we were treated to a tapestry of stars on a black velvet sky. Thomas may have complained when I asked him to keep the house lights off (he wanted to read his industry magazines), but even my normally-talkative daughter was hushed at the beauty surrounding us.

Weather permitting, I always took my morning coffee on the deck, and this vacation was no different. However, the scenery was definitely different. Once Thumper had his morning run, he fell asleep inside and as I sat quietly, I saw not only squirrels and birds such as I saw in the city, but a herd of deer drank at the creek, and a fox wandered through on his or her way to somewhere else.

Even as I checked my own email (I sat on several charity boards), I didn’t feel as stressed. Rather than feeling like I had to reply to each one immediately or even make a phone call, there was no sense of urgency. The slower pace of living in an isolated cabin worked its way into my psyche, I think.

That week’s peace stuck with me for ten years. When it was time to leave the monstrosity of a house for something else, I wanted that. Which is why I moved to Fannin County. I’ll talk about something other than mountain cabins and country living next time.