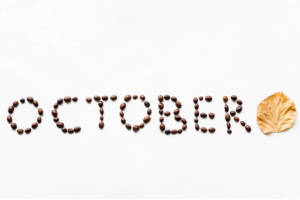 September was a sucky month for me. Even suckier than the previous five months during this horrible pandemic. Allow me to enumerate why:

All our appliances (with the exception of the washer & dryer, which had moved with us & were replaced about six years ago, and the microwave we replaced 3 months ago) are as old as the house. That is to say, 17 years. I knew appliances usually started failing around the fifteen-year mark but nearly all at once? I’ve told the refrigerator to be nice to me for a few more months, at least.

On the bright side, that new story I mentioned the end of August? I’ve had enough quiet time (thanks to the weather & my back, making it nearly impossible for me to work outside) to write. I honestly should give up trying to plot anything. I wrote a plot, started writing, and about four chapters in, the characters changed the plot on me. C’ést la vie d’une auteure!