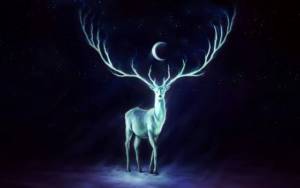 Like many, the Winter Solstice is my New Year. (That’s not to say I don’t celebrate January first!) As a person who needs light, I embrace the return of the Sun like a parched person welcomes a sip of water.

I do a lot of thinking at the Solstice. What happened during the last year, plans for the new year, etc. For a change, I’m going to share my thoughts with you:

It has been a rough few years. As an only child, my mother was my primary focus for nearly six years. (My husband has a halo and wings. So do my clients.) I have been relieved of that burden and can finally get back to me. I hope.

Mom’s passing was a blessing but also very sad. Both of my folks are now gone and I’m (squeak) the oldest generation. But sadder: my maternal grandmother has been with me almost since the day she passed 48 years ago. Two days after Mom passed, I heard, “my work here is done.” A kiss and swift hug … and I feel empty. I know guides don’t stay forever – I’ve had them come and go in my life before – but this leaving will take awhile to get used to.

First up is a vacation which will happen the end of January. (36 days but who’s counting?) The few times I’ve traveled since Mom’s dementia (and then cancer) took hold, I’ve been glued to my cell phone, afraid I’d miss a call. When we went to Hawaii back in 2011 (which was wonderful and I want to go back some day), her caregiver called every day. Plus, it was a company-paid vacation and they had events planned every day that we were obligated to attend. Not exactly relaxing. This time, sun, blue water, sandy beaches, fruity drinks with umbrellas, sleep and reading are the only thing on my agenda. (Husband has the same one but adds fishing.) If anyone calls, there had better be blood involved.

Between now and the end of that vacation, I want to reconnect with my husband. Did I say he has a halo and wings? I’m a quintessential introvert but the last few years, I’ve drawn even further into myself. I’ve tried hard not to inflict my woes on him (not because he doesn’t care but because it’s been the same shit over and over) but that means I haven’t paid a lot of attention to him. That has to change.

The next thing I want to do is get back to reading runes. I haven’t picked up my stones in over two years – I wasn’t getting accurate readings because they were picking up on my anxieties. Tomorrow morning, as I used to on the first day of the new year, I will cast the stones again. Let’s hope I haven’t forgotten how to read them!

Now that I’m not anxious about getting the call while I’m out of range, I’m hoping to do some fairs. Although I am an introvert, it’s fun to see friends every now and again – especially if I haven’t met them in real life, yet. (Seeing someone’s Facebook profile photo just isn’t the same as putting a name to a face in person.) I’ll start that sort of planning in early January. Keep an eye on my Facebook page and the “events” page here to see where I’ll show up.

And finally, writing. Yes, I got another herb book out and that’s selling nicely, thankyouverymuch. I’m talking about the fiction end of things. You see, I really do like Amy, Fudge, Ev and the rest of my characters and have all sorts of ideas regarding their – ahem – adventures, but it’s fleshing those ideas out that’s been my roadblock. I’m not going to push myself but I did get some new writing software…

I am profoundly grateful for my family and friends, near and far, in person and on the Internet. You have kept me going. (I was going to say “sane” but we all know that would be a lie – I was already insane.) I don’t normally say this but …

May your new year be blessed!