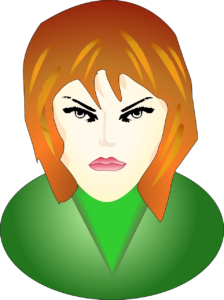 Last week, I told you about my shoulders freezing again. As a friend of mine said, I’m a “pragmatic masochist.” After going through it all twice, I know what to do – there’s no reason to drive to town and pay someone to tell me. So, every afternoon, I torture myself. The physical therapy is going well…range-of-motion is almost back to normal but the pain has only subsided a little. I know it’ll eventually go away but as I’ve said before, patience is not one of my virtues!

(I’ll be “done” when I’ve finished typing this – the right shoulder is starting to complain more loudly than usual. I’m able to lurk on social media because using the touchpad on the laptop to scroll and “like” posts isn’t too bad.)

What has me hopping mad: a little over two weeks ago I crowed about the success of a spell. To quote myself, “I usually stress being very specific in spell wording but this time, I just wanted my car back and completely functional – and that’s what I asked for.” I’m going back to stressing being very specific. I did get my car back, completely functional…for 2½ weeks and 580 miles. The husband and I were headed into town to get pizza Friday night. I’d just gotten up to speed on the 4-lane and hit cruise control when it dropped out of cruise and threw yet another check-engine light – this time it was flashing rather than steady, which hubby tells me is more serious.

And let me tell you, the “limp home mode” is really limping. Remember, I live in the mountains. We were only about 5 miles from home but hills. At a maximum of only 2,000 rpm, B2 was only doing about 12 mph on the 4-lane (65 mph speed limit) as she came to the top of a hill. It took about 20 minutes to crawl the 5 miles and even with the hazard lights on, I pissed off a few drivers behind me.

I guess the only saving grace is that it happened on Friday, not far from home, rather than on Tuesday when I was somewhere in Atlanta traffic…

So, B2 is back at the dealership waiting on a new engine and I’m waiting to hear about a rental car. Having my car back for 2 weeks has probably put me at the bottom of the list for a new engine. My guess? Late July to mid-August sometime.

I don’t want to wait that long. Back to the drawing board…