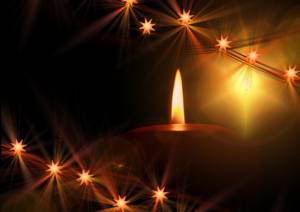 I know, I know. I’ve been terrible about blogging. 2017 has had its ups and downs, most of which I don’t care to share with the public.

Tomorrow is the Winter Solstice here in the northern hemisphere. Because I celebrate a solar year, that means Friday is New Year’s Day for me. This is the time of year I reflect on what has happened and plan for what (hopefully) will come to pass.

The reflections: it’s been a tough year for both not-straight-white-Christian-and-rich humans and the Earth. Between all the natural disasters around the world and the crap coming out of our elected officials in Washington, DC, I haz a major sad. My one public political rant: I see things happening in 2017 I thought we were moving past. Hell, I protested against some of it almost 50 years ago. “Those who cannot remember the past are condemned to repeat it.” (George Santayana) Seems history isn’t being studied much anymore…

I haven’t written a whole lot, even outside this blog. I’ve been too busy reading old herbals/medical texts as research for the next herb book. And by old, I mean 16th-19th century stuff. Let me tell you, it’s eye-crossing. Some of the “remedies” are jaw-droppingly horrid (and probably quite ineffective), and there’s the issues of archaic language, handwriting, and typography. (The typography is especially difficult if you’re reading a scan of a book printed on thin paper – the print bleeds through, further muddling what you’re trying to read.) I can only handle it in small chunks, which makes the research slow-going. It’s frustrating because I’m usually a fast reader.

A bright spot: our 6th grandchild was born in March. Although we don’t get to see him much, son & daughter-in-law are great about posting pics on Facebook so I’ve been able to watch him grow that way. The other 5 are growing like weeds and we delight in every accomplishment.

The planning: first and foremost, completing the aforementioned research and actually start writing! I can see the light at the end of the tunnel but I’m not quite there, yet. I’m hoping to have a first draft completed sometime in the 4th quarter of 2018. That means actual release mid 2019.

Also writing related: figure out how to get myself out of the fiction funk. I’ve only written a few thousand words on Amy’s third adventure with Ev this year. Although I know what has to happen, I haven’t been able to talk myself into sitting down and typing it out.

I need to almost completely replant the garden. 2016 was a drought; 2017 was so wet I had pools rather than raised beds a lot of the time. You know it’s been a stressful couple of years when the catnip gives up.

And finally…finish up the work on the house so I can enjoy the peace & quiet for a few months until my husband retires late next year and will be home all the time (eek!). The weather hasn’t cooperated with some of the outside work and local contractors don’t seem to want or need my business to do the few things I want done inside. I suspect it’ll be next spring before my sidewalks are finally finished (they were started in August). I solved one inside problem by calling someone I know down in Atlanta who agreed to come all the way up here. That’s what I call service!

Whatever and however you celebrate, I hope this is one of the best holidays seasons for you!

*Yuletide was once celebrated for 13 days, starting with the first full moon after the Winter Solstice. So, going by what our ancestors did, that would be January 1-12, 2018. I gave up trying to follow that calendar a few years ago, and now go with the general pagan definition of 13 days beginning on the Winter Solstice (as opposed to the Christian definition of 13 days starting on December 25th). It’s just easier…