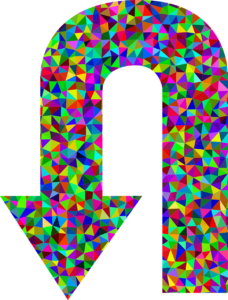 Yesterday, I read this lovely post about where a writer gets her ideas. Although my process isn’t the same as hers, it triggered something in me.

You see, I’ve been struggling with what I thought would be the second book in my new paranormal women’s fiction series. (I just sent the first one, Reinventing Herself, to the editor. Go me!) My original thought was to introduce one friend in book one; her story would be book two where I’d introduce a third friend; whose story would become book three. I started book two three times and although I finally figured out what was going to happen, it still was a slog to write. If I don’t like writing it, I certainly wouldn’t like reading it and thus, wouldn’t expect anyone else to, either. Not to mention the story unfolded much more quickly than one would expect for a full-length novel.

Last night as I was sitting in my recliner, musing on the books and that blog post I’d read, I recalled an email conversation with my sister (who is one of my beloved beta readers) where she said she loved the dog in book one. I do, too. Cooper was so much fun to write. Following along that train of thought, it became clear I wasn’t done with El and Cooper’s story, yet, and what happened to them next revealed itself. As I looked up a couple of unfamiliar things related to that, the story started fleshing itself out. I probably would have started writing immediately, except my eyes are still bothering me and I know better than to stare at a computer screen in the evening after a long day doing the same. Not to mention I had to finish the last pass on Reinventing and get it off to the editor.

So, I’m taking a u-turn and going back to my original characters. Strange how these things happen, isn’t it? Anne’s story (the original book two) is still there and will probably become a novella at some point. But I have to finish telling El and Cooper’s story, first.

BTW, Reinventing Herself will be out early September. I don’t have an exact release date, yet (there are still things to do), but I’ll be sure to announce it loudly on social media when I do. Stay tuned!